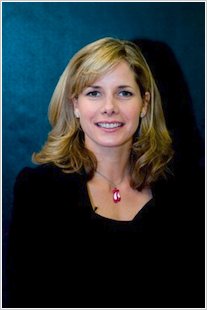 Darcey Bussell is a world-famous ballerina. Born in London, Darcey was destined to be a performer. She attended the Arts Educational School at the Barbican and had a flair for dance, so auditioned for the Royal Ballet School at the relatively late age of 13 and secured one of only eight places at the school that year. As most of the other students had already been attending for two years, Darcey had to work extremely hard to catch up. She trained in her free time, and as other girls watched television after school, Darcey returned to the studio to practise and improve. In 1985 her commitment paid off when she was accepted at the Royal Ballet’s Upper School.

Darcey joined the Royal Ballet proper in 1988 when she was cast in the leading role in Kenneth MacMillan’s The Prince of Pagodas, and a year later was promoted to Principal – at the time the youngest ballerina ever to be given this honour.

She has been presented with numerous awards throughout her career, most notably both the OBE and CBE honours during her time with the Royal Ballet. She officially retired in 2007 with a final performance of MacMillan’s Song of the Earth at the Royal Opera House, which was broadcast on BBC2 and which received, needless to say, a standing ovation. Recently, Darcey has teamed up with Welsh Opera sensation Katherine Jenkins, and together have performed the hugely successful musical show, Viva La Diva.

She is author of the Magic Ballerina books, set in the magical land of Enchantia where all the characters from the most beautiful ballets come together. The citizens of Enchantia generally all live in harmony, but sometimes evil King Rat and other not very nice inhabitants threaten the peace, and Delphie is whisked away via her magic red ballet shoes to go and help out!

She now splits her time between London and Australia and is married with two young daughters.