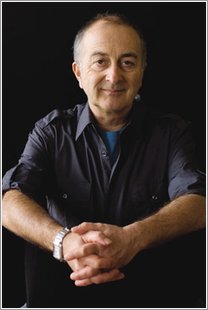 Tony Robinson has been a writer since he was old enough to pick up a pencil. He’s written long stuff (last year he wrote a history of Australia) and shorter stuff. He’s rewritten old stories (like the ones about Odysseus and Theseus) and made up new ones (for instance his children’s TV series Tales from Fat Tulip’s Garden). But history is what he likes best, because he says, ‘How do you know who you are if you don’t know where you came from?’ That’s why he’s writing the Tony Robinson’s Weird World of Wonders series, and he doesn’t want to stop until he’s covered every single bit of history there’s ever been – although in order to do this he’ll have to live till he’s 8,374!

Tony has also written several television series for children including Maid Marion and Her Merry Men for which he received a BAFTA and a Royal Television Award. He presents’s Channel 4’s archaeology series Time Team, and played Baldrick in Blackadder.