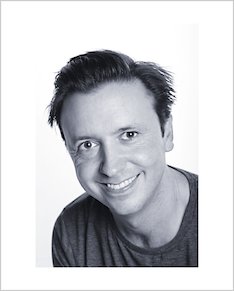 Steve Cole is the slightly crazy, highly frantic, millions-selling, non-stop author of Astrosaurs, Cows In Action, Astrosaurs Academy, The Slime Squad, Z. Rex and many other books (including several original Doctor Who stories).

He used to edit magazines and books but prefers the job of a writer where you can wear pyjamas and eat chocolate all day.

Steve just can’t stop writing – if he does, strange robots appear and jostle him vigorously until he starts again.

In his spare time he loves making music, reading old comics, thinking up ideas for new books and slumping in front of a warm TV.